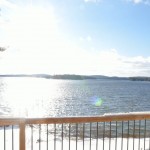 Brilliant Sunlight on this Western Exposure Lot is One Reason People Fall in Love with this 34 Boathouse Road Kona Location. 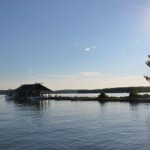 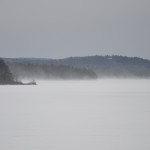 A Near Whiteout Yesterday Didn't Stop New Potential Prospects for the Builder, Scott C. Fuller Development, LLC from Viewing this New Construction Home, at 34 Boathouse as an Example of the Builder's Work .

Winnipesaukee Waterfront 2012 and 2013.  A Comparison of 2 Beginnings.

Taking a look back how the Winnipesaukee waterfront market started in 2012 and comparing it to the beginning of 2013, we may see just a slightly slower start to the strong pulse of the market this year.  This probably shouldn't be a surprise given that many people were waiting to hear a resolution to the looming fiscal cliff scenario at the end of 2012.

3  Lake Winnipesaukee Homes with Owned Waterfront Have Sold So Far in 2013.

Looking back at the very beginning of 2013, for the period from January 1, 2013 to February 17, 2013, only 3  Lake Winnipesaukee homes with owned waterfront have sold.  The average number of days on market for these Winnipesaukee home sales was 303. The average selling price for them was $586,667. The highest selling price during this time period was 85 Pinnacle park in Meredith for $640,000.

In 2012, by comparison, 9 homes with Owned Waterfront on Lake Winnipesaukee Sold in the Same Time period.